This client had invested in some very professional photo’s and wanted a refresh of his website to make the most of these images.

Johnny is a hardworking, touring Blues guitarist who originally wanted to start blogging as a way of communicating with his fans. He also has a lot of original, unreleased material which he wanted to make available to registered members as well as being able to take bookings and generally promote himself. 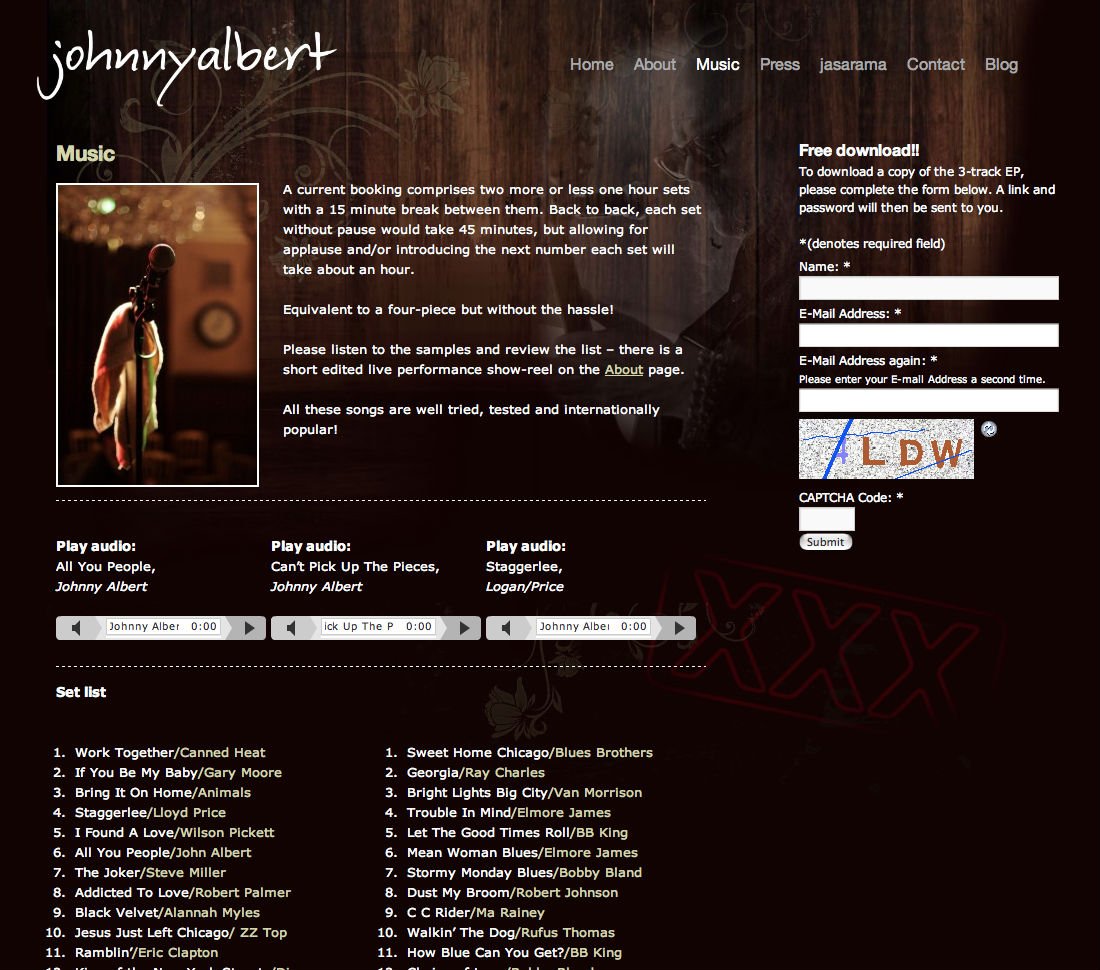 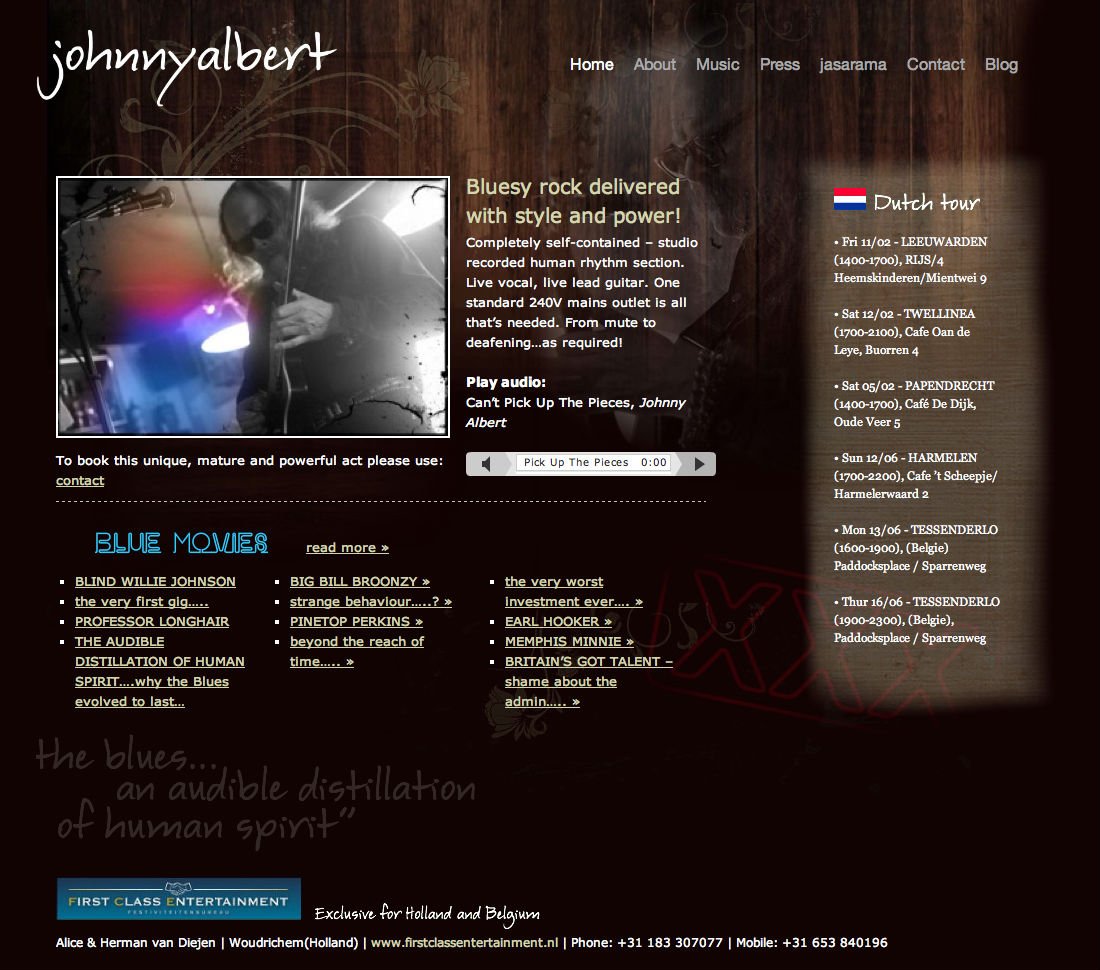