An experienced voiceover artist who already had a very prominent web presence with good search rankings. However, he had a lot of audio which he wanted to showcase on his website as well as wanting to investigate the power of blogging and embracing the likes of Twitter.

So his existing content was moved from his old site and more logically separated out which immediately made navigation much simpler. An audio plugin was also used to make it easier to play his voiceover clips from within the site.

A specific blogging section was also developed to make it easy for him to present his own unique take on the world. In itself this has proved to be a very effective method of marketing his own services. 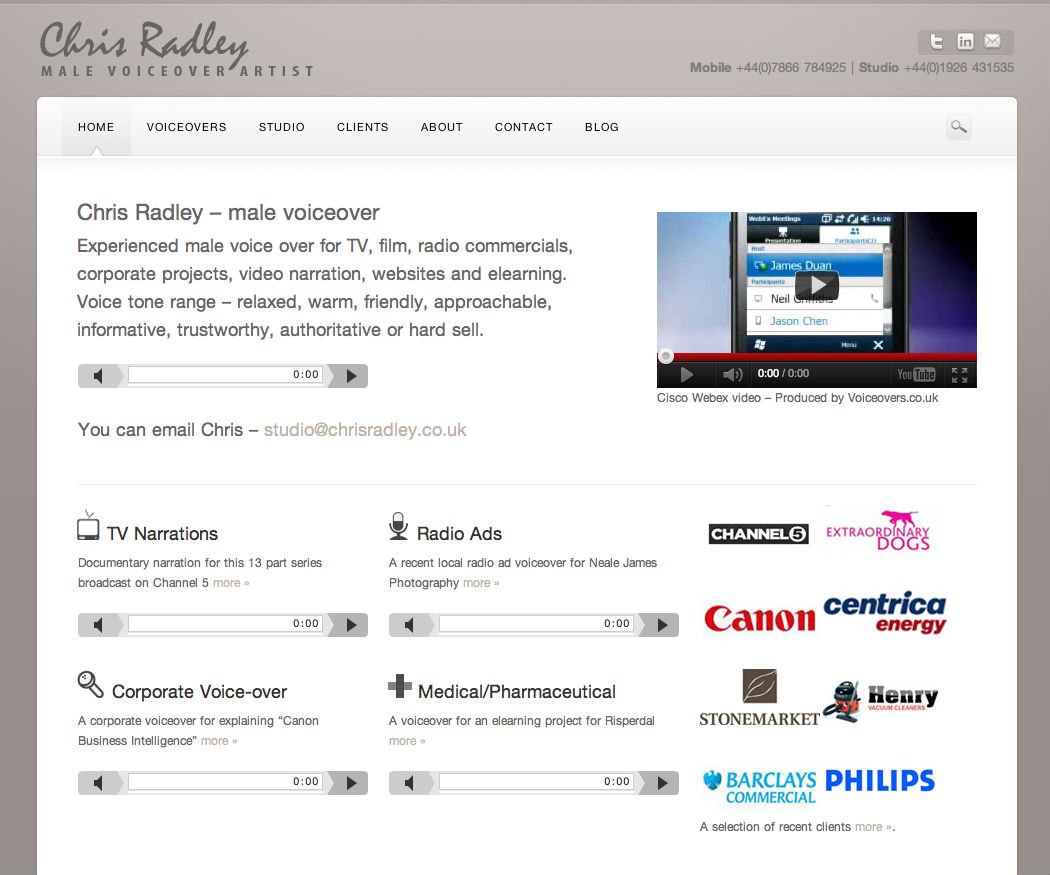